This post is coming much too late—I meant to add one more video for this but I don't think I'll get to make it after all, so posting what I have now—but better late than never.

I moved! I've spent 16+ wonderful years at my old place (see the video I took below after moving/cleaning all I could), but it's time for a new place.

And what to say about the new place—well, it's larger, slightly; location and amenities are better, for where I am now; and, well, I'll need another 16 years for an apples-to-apples comparison.

A simple composite photo from a mid-December hike in a town with the most wonderful winter views. 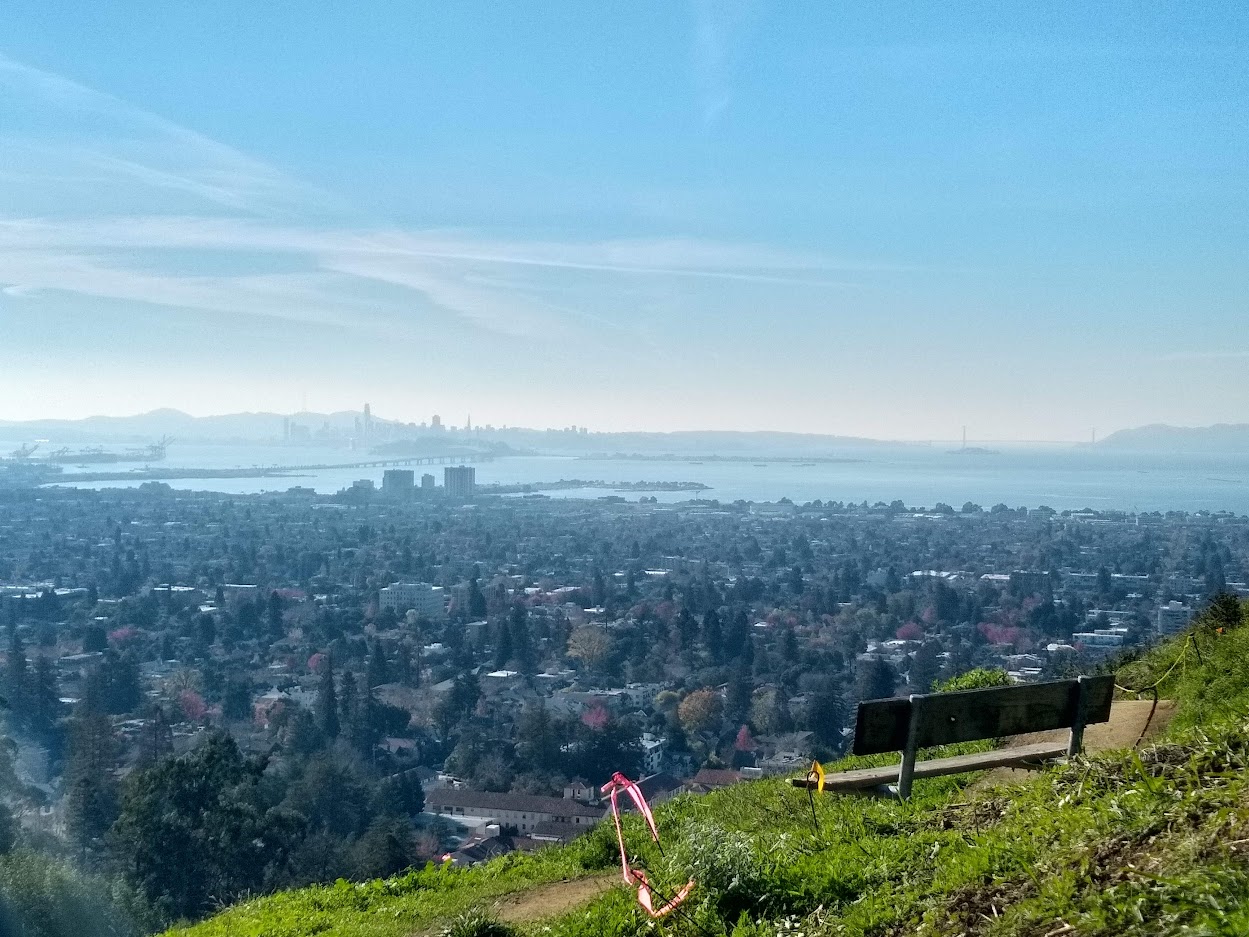 ... just kidding. It's no composite photo; my Android phone might be doing some extra processing on its own, but no additional post-processing was done afterward.

This website, bkpark.com, is now available under an additional short URL, bkpa.kr. And, yes, while I would have preferred "bkpa.rk," apparently Sakaria is not a real country and no real-life registrar lets you register domains under .rk TLD. But I think bkpa.kr is almost as good, maybe 91% as much—or is it 19% as much?

In any case, below is the WHOIS query result for the domain now.

A Month of Moon Observations - June-July 2021

Below is a compilation of a month of observations I made this summer, mostly to follow along with my students as they had a semester-long project of moon observations. 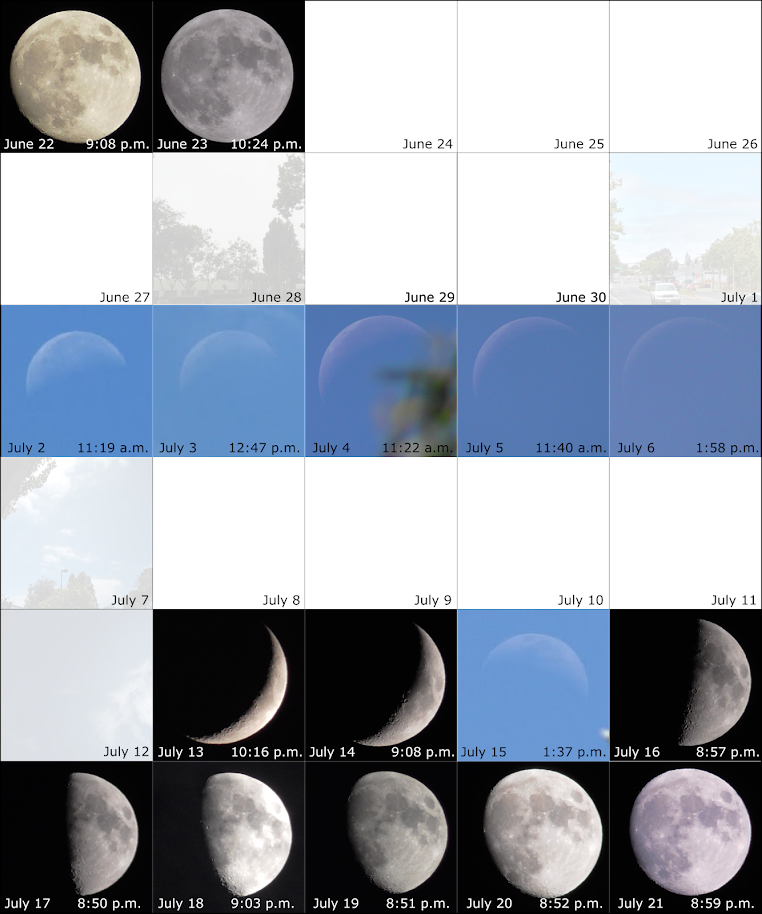 I did learn a lot doing this project, mainly how difficult the consistent moon observations are, even in summer in the Bay Area. I knew from last summer that the Moon would basically not be visible for a week around the new moon (July 7 through 12 here). What I didn't anticipate this time around is how difficult to observe the full or gibbous moon can be, because of the typical summer weather pattern in the Bay Area—cloudy morning/night; sunny days (these would be June 24 through July 1; while the weather would turn sunny later in the day, the Moon had already set before then).

Anyways; the full set of photos are in this album.

There was a 2-hour power outage affecting my block and a large portion of Berkeley Southside. Below is my contemporaneous response on Twitter.

It's also available here, but I delete my tweets that are more than 2 years old, so the tweet will eventually go away (except in my personal archives that I export yearly). The original quality images and videos are available in this album.

The fire season came early this year. And the combinations of smoke and wind conditions created this surreal view. This is photo outside my window. At 9 a.m. album 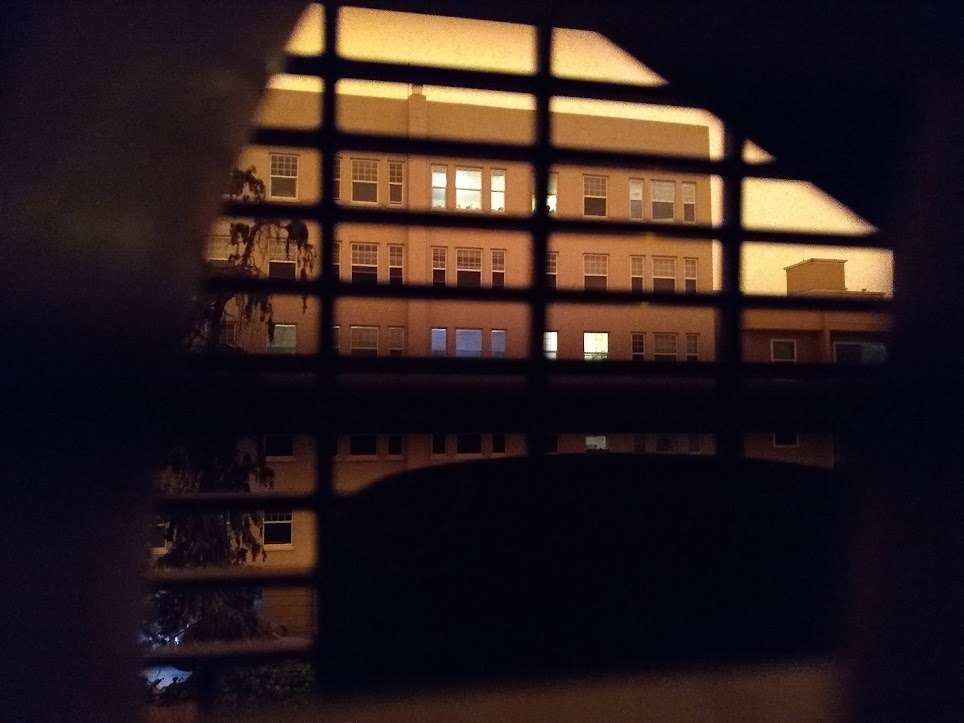 It lasted all day. 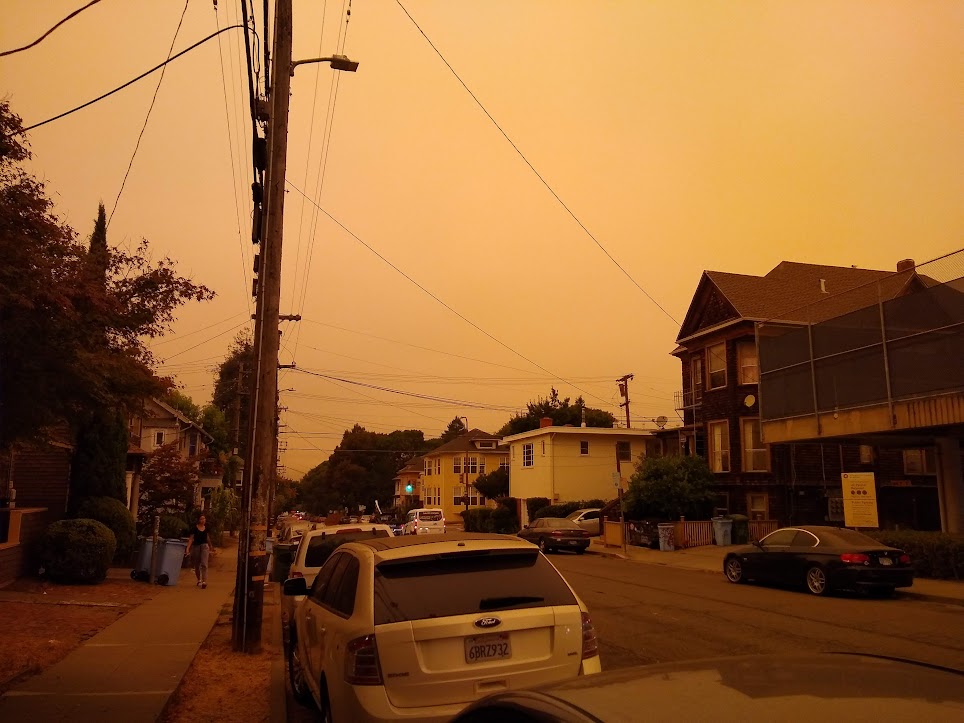 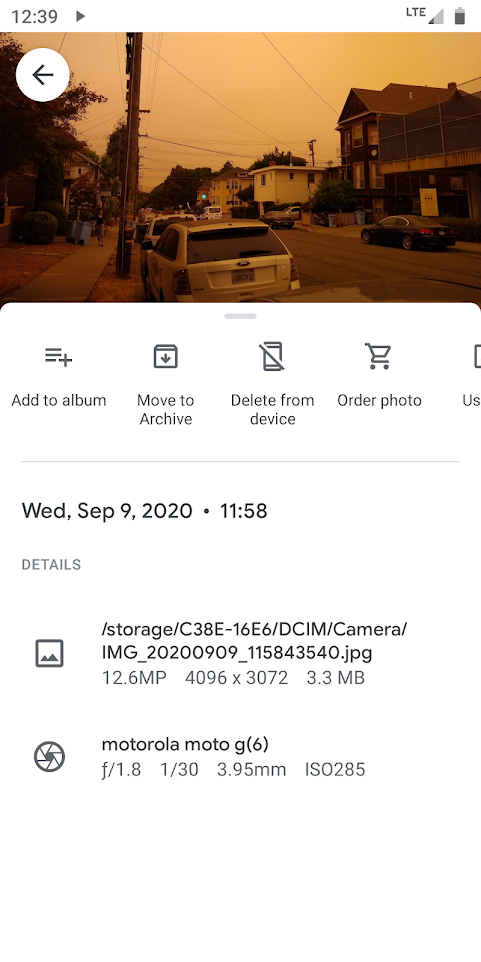 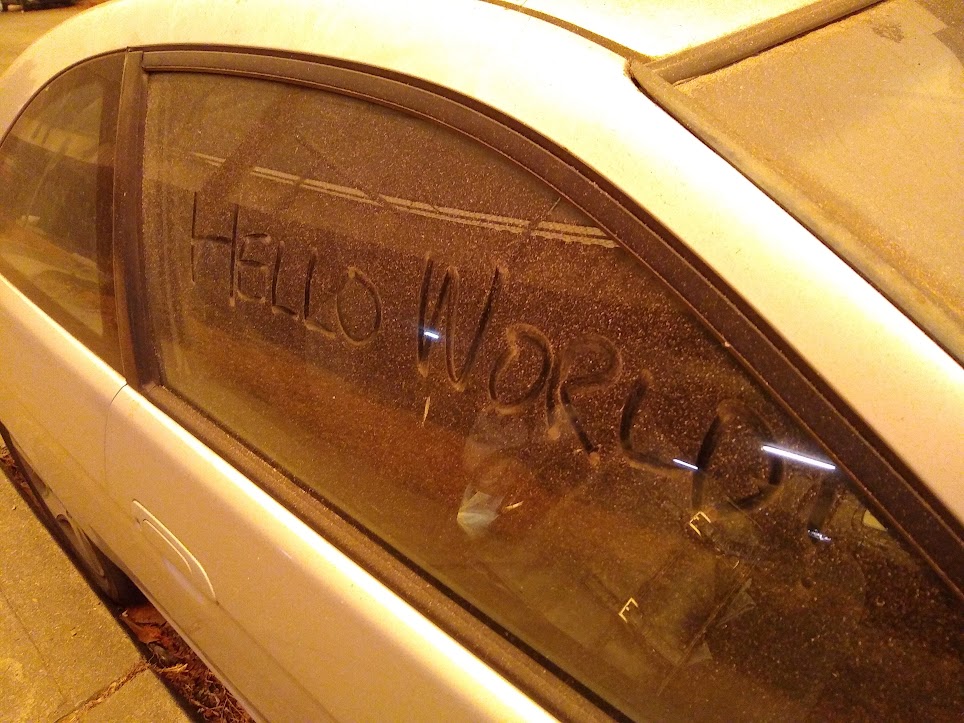 It lasted a week, with the red sky being replaced by grey—not the grey of clouds, but grey of smoke particles. This normal photo is the first time—September 15—I saw the blue sky again. 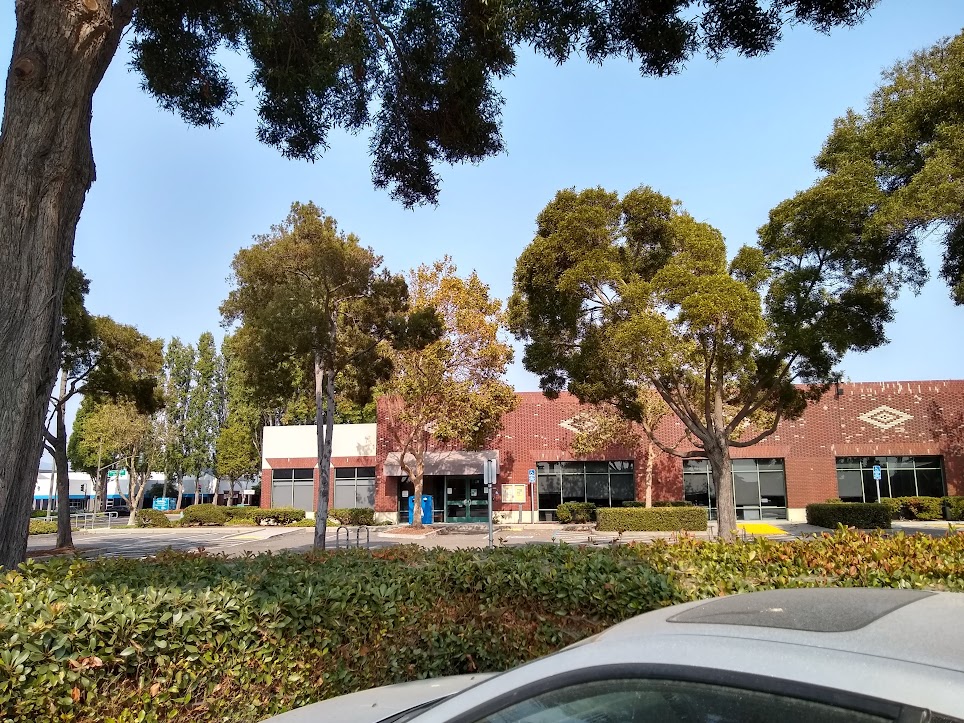 I need a new project, one that isn't on Minecraft. Work projects are fine—and OER work is really fulfilling, both when I'm working on it and when I'm reaping benefits of that work in a class I'm teaching—but, well, they are work projects. They are driven by needs of a particular thing I'm getting paid to do, and there is a certain element of it that I don't feel I can call "my own."

Anyways; that is why I'm reviving this long-dormant site back up. I'm too cheap to pay for increased hosting costs, if I want access to dynamic content—like for running Wordpress—which is why I'm editing index.html directly (this could be an opportunity to learn more about CSS and actually build out a structure for a site, from scratch—maybe that should be my project). I do have other places where I can run Wordpress, but, well, nowhere with the degree of control I have over this website (I want this to be a personal project, so as much as I keep my work page up to date, I don't want the project to be based there; I do have a personal journal/notes of a sort on a private, password-protected site that is hosted through Wordpress, but whatever it is I'm up to, I want it to be more public.

P.S. It could easily be that the last update on this page is me just saying that "I need a new project," with no update for months/years on end. Good thing this website isn't search-engine-optimized, except for a terrific domain name.

Note: This is the first post written in this space. I am ordering posts here by chronological order of events, not time of writing, so you will see posts below this post.

This is the second time my car was broken into. I just wanted to preserve my contemporaneous response, as well as some photos I took at the time. 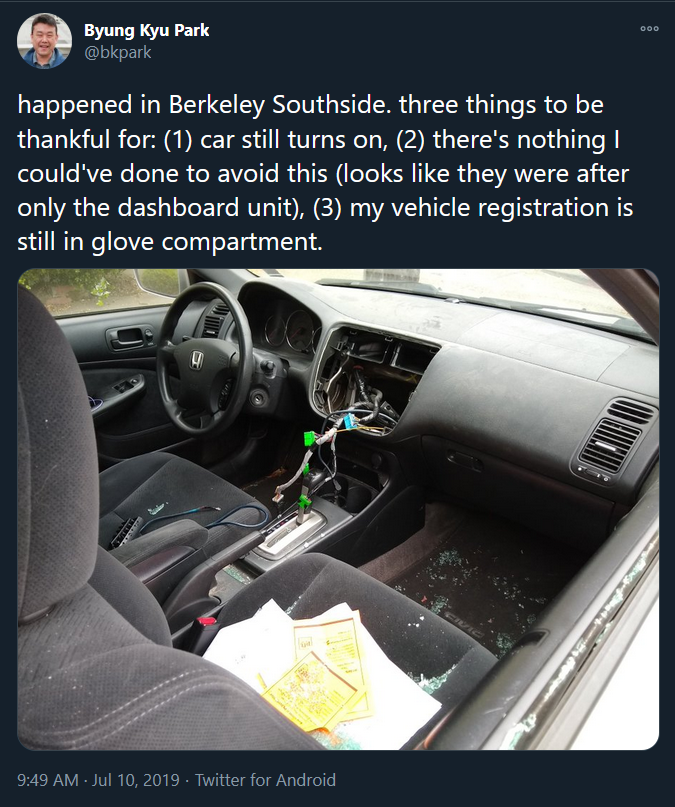 Some additional photos I took at the time. 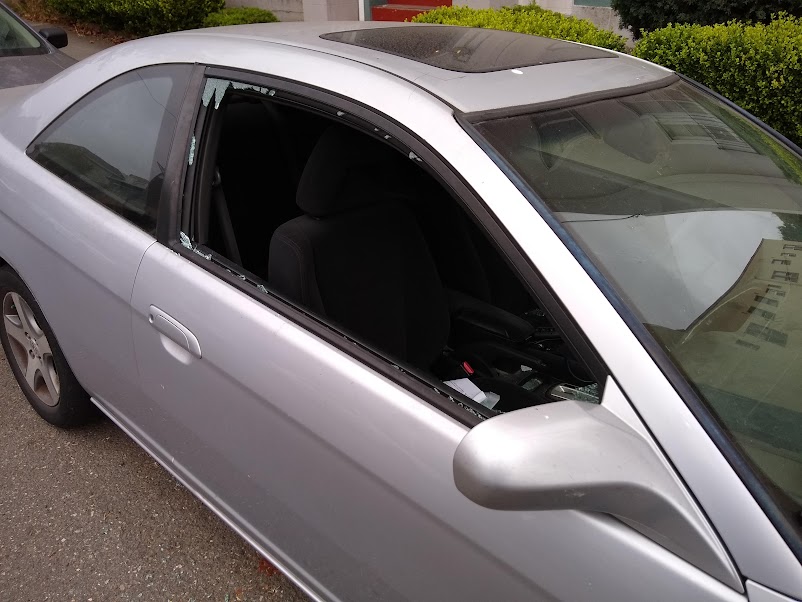 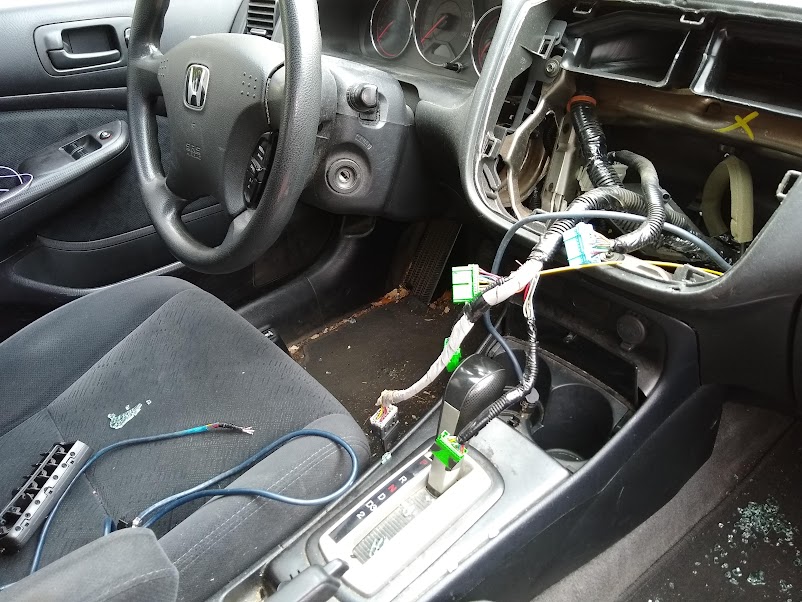 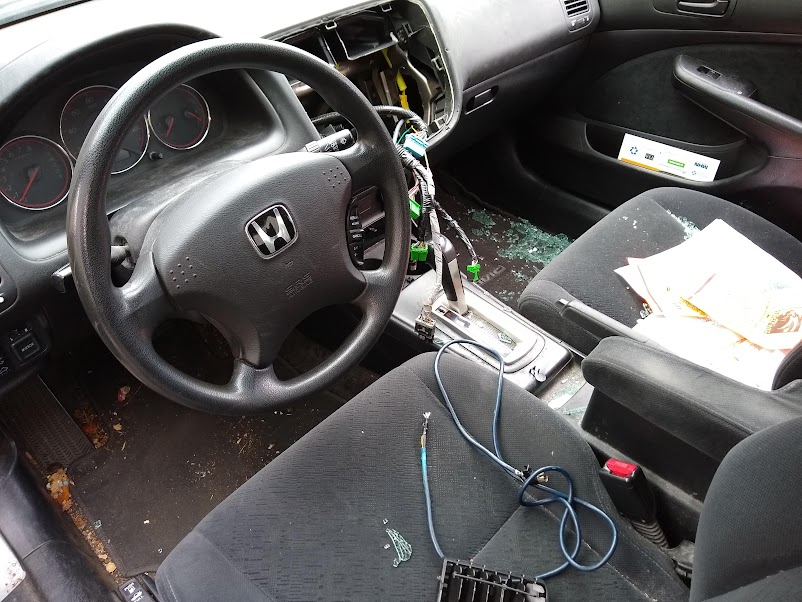 With many thanks to Yes Auto Center, the damage was repaired on the same day I discovered it. 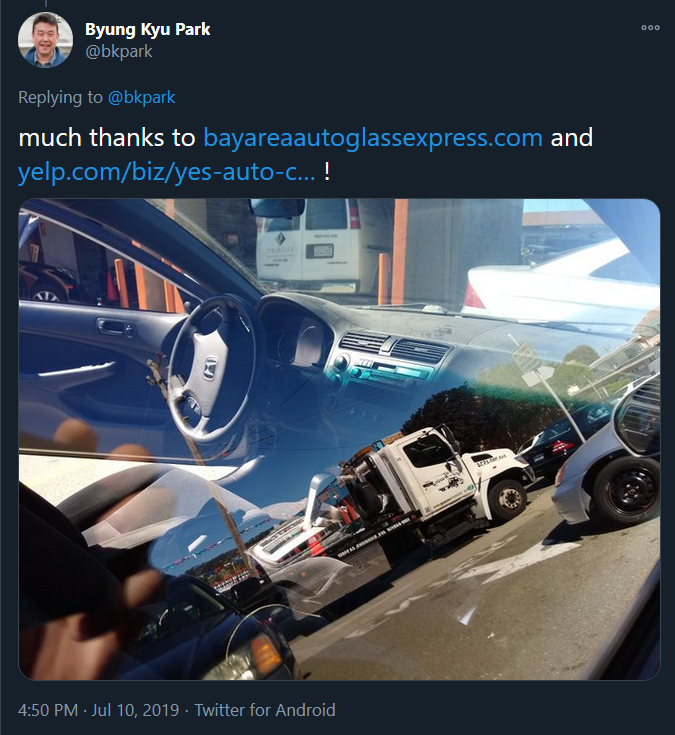 Photos here are in this album.

This tile was in front of the monument for Sir Isaac Newton in Westminster Abbey. 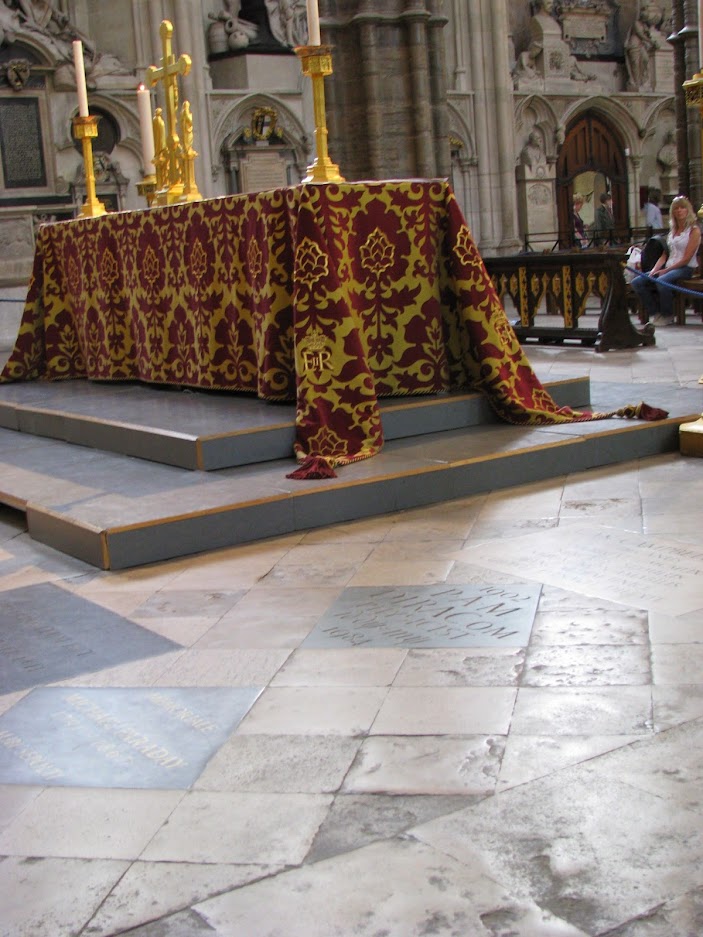 I have to say, I didn't quite expect to see it, mainly for the reason that, by anecdotes, Dirac was an atheist.

And I'm shamed to say I didn't recognize the Dirac equation (see easier-to-read version on Westminster Abbey website), at least not while I was looking at it (for some reason, I kept trying to link it to something I learned in nonrelativistic QM). Well, in my defense, I've never taken formal QFT ... and chances are I won't.

(I have more photos from my London trip, which I need to put up somewhere at some point.)

Photos in this album. 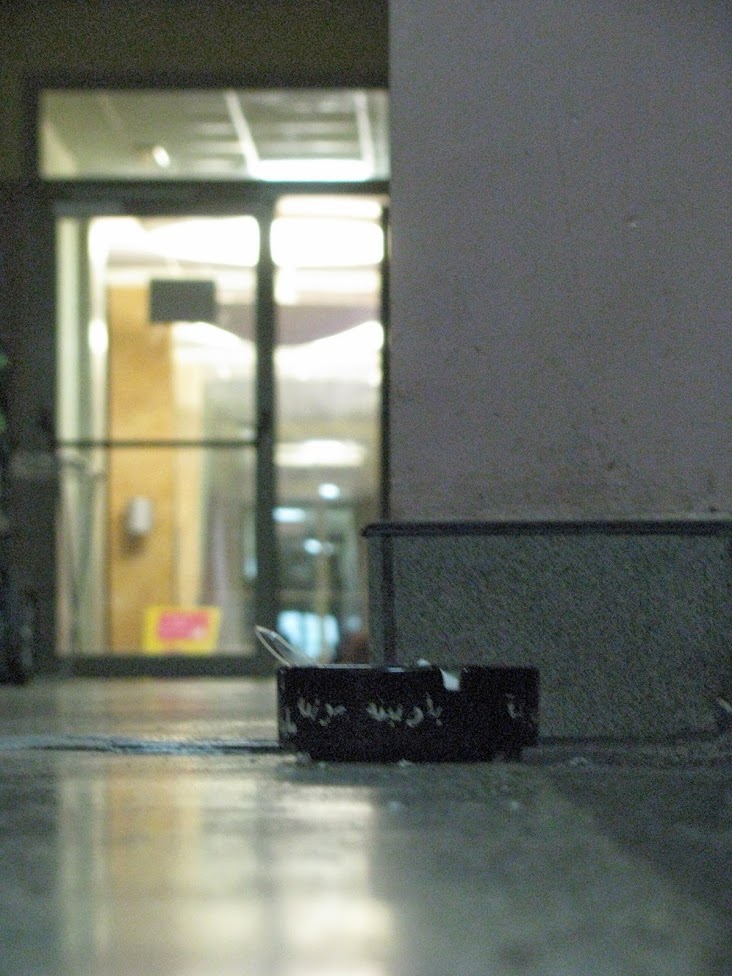 In the hallway of the dorm Nawojka, where I stayed for 5 weeks in Krakow, Poland, lies an ashtray.

In Krakow, for the most part smokers are allowed to stay indoors, quite unlike Berkeley, where they are not only put outside but at least 25 feet away from doorways.

As much as I don't like smoke (and people who smoke), I just don't think that it's right to legislate common courtesy—so, yes, this is one of the things I liked about Poland. 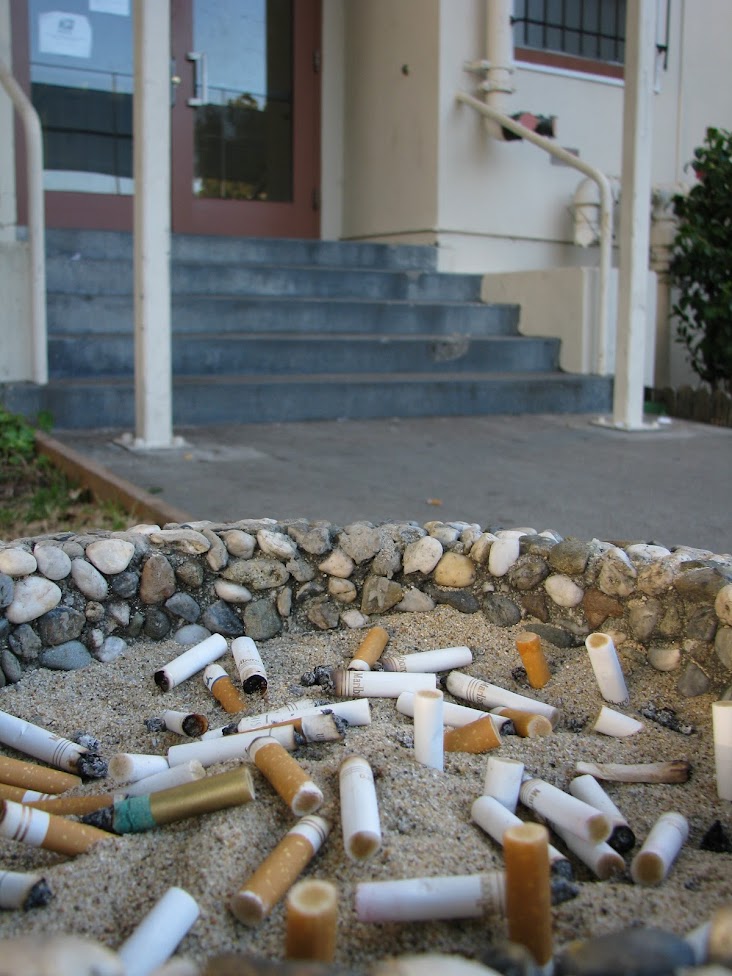 This picture is to wrap up my comment on "Smoking Allowed".

Last January, city of Berkeley passed a law banning smoking within 25 ft of doorways of public buildings, pushing smokers some 5 ft further away from the buildings.

In practice, I do not disagree with the law—I don't smoke, and as I've had problems with smokers before (I'm allergic), I would like them to smoke as far away from ventilation sources as possible.

But, in principle (and some part practice), I disagree with this legislating of etiquette. Smoking where it would not inconvenience others ought to be common courtesy, and legislations on such issues as this only encourages smokers to do what is minimally required—to straddle the line.

And where it matters, these laws do nothing. I've had problem with people smoking outside the dorm buildings—they were farther than 25 ft from the doorway, but that didn't matter, since they were updraft and the wind always blew all the smokes into the study room. And, in my office in Birge, I often have to deal with smokes coming from below—again, because of the shape of the building, even though the smokers are quite far away from doorways, wind carries it into the area between Birge and Le Conte and up into the offices.

No amount of distance laws will address this problem. No amount of legislation, short of banning tobacco products (which would be at least as stupid as the prohibition), will do anything. And yet, these laws only serve to annoy smokers and discriminate against them.

The money and efforts would be better spent if they would focus on awareness programs (i.e. harms of secondhand smoke, about people allergic to smoke particles, and how to avoid getting others exposed to your smoking), rather than these worthless laws.